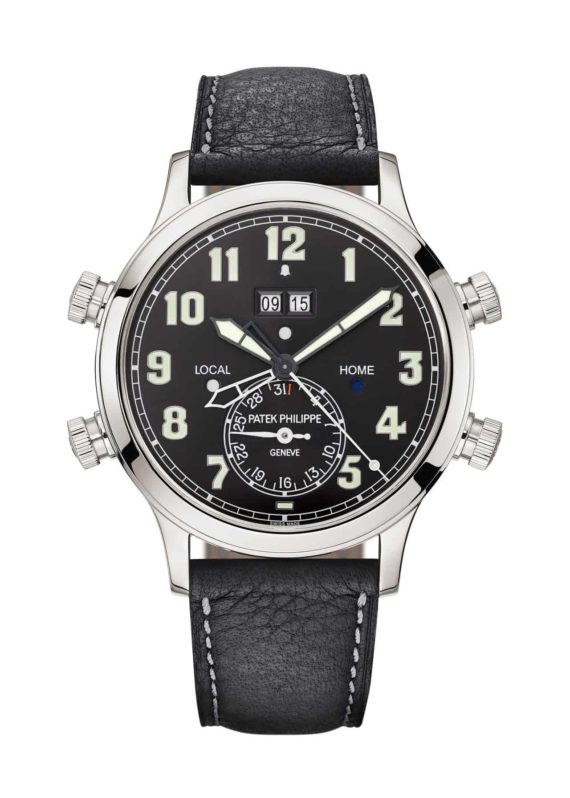 Tax Free prices are only available for items being shipped within Jamaica. All items shipped to the United States will be priced at US retail at checkout.

Patek Philippe is unveiling a new self-winding grand complication that adds a 24-hour alarm to its exclusive Travel Time display with two time zones; the alarm signal is struck by a hammer on a classic gong. To achieve this, the manufacture created a totally new integrated movement. Four patent applications were filed for the alarm mechanism. It is the result of five years of development work. The new caliber is presented in an elegant platinum case that reflects the Pilot Travel Time design.

For 180 years, Patek Philippe has been upholding the finest principles of horological artistry, emphasizing performance, reliability, and functionality. With its creations, the manufacture spares no effort to deliver maximum complexity in the smallest possible diameter and height. It also stresses simple and safe operability of each complication, no matter how elaborate it might be. The new Ref. 5520P-001 Alarm Travel Time embodies this ambitious objective with aplomb.

When Patek Philippe’s engineers were asked to develop a new alarm mechanism and to combine it with the Travel Time concept’s two-time-zone arrangement, one objective was to make the watch as thin as possible. Thus, they opted for an integrated movement which requires less height than a caliber with an additional module but is also much more difficult to design and produce. They also wanted this new grand complication to be easily operable, intuitively functional, and protected against incorrect handling. In brief: They wanted it to be an intelligent watch.

That was the starting point for the new caliber AL 30-660 S C FUS, a movement composed of 574 parts and conceived explicitly for this timepiece. This highly complex self-winding movement has a central rotor; it is 31 mm in diameter and 6.6 mm high. Its Gyromax® balance features a Spiromax® balance spring made of Silinvar®, a derivative of silicon. The unique properties of this avant-garde material and the patented geometry of the hairspring assure superb reliability and extreme rate accuracy pursuant to the directives of the Patek Philippe Seal that prescribes a maximum tolerance of -3/+2 seconds per day. The movement has a stop-seconds mechanism that allows the time to be set with one-second accuracy. A sapphire-crystal display back reveals the refined architecture and exquisite finissage of the movement, including chamfered and polished bridge edges, a 21K gold rotor with new rounded recesses, and the decorative Genevan circular graining pattern.

Introduced in 1997, the exclusive Travel Time function stands out with its ingenious two-time-zone system. The watch has two hour hands from the center. One is skeletonized and displays home time. The other is filled and indicates the local time at the owner’s current location. These hour hands are paired with two day/night indicators (blue-white) in small round apertures – at 3:30 for home time (HOME) and at 8:30 for local time (LOCAL). On the go, all it takes is the actuation of the pushers in the left-hand case flank to adjust the local time clockwise in one-hour increments (pusher at 8 o’clock) or counterclockwise (pusher at 10 o’clock).

The intelligent concept of the time-zone mechanism prevents the rate accuracy of the watch from being affected when traveling across time zones. To simplify adjustments, the pushers are embossed with the symbols + and –. Before a pusher can be actuated, it must be unlocked with a quarter turn, easily accomplished thanks to the fluting; a quarter turn in the opposite direction locks the pusher again. The watch remains water-resistant even when the pushers are unlocked. The analog date with the subsidiary dial in the lower half of the dial is synchronized with local time. Therefore, it automatically increments or decrements when the local-time hour hand is moved forward or backward past midnight. An interesting detail: When both hour hands indicate the same time zone, the local-time hour hand is superposed on the home-time hour hand. 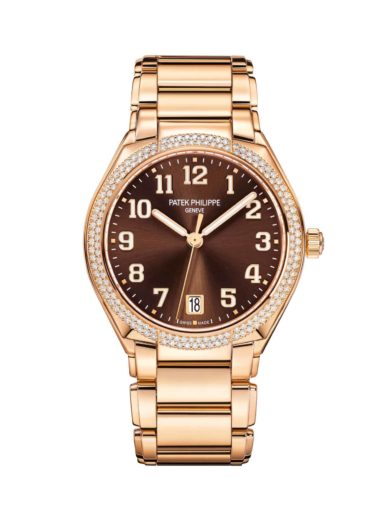 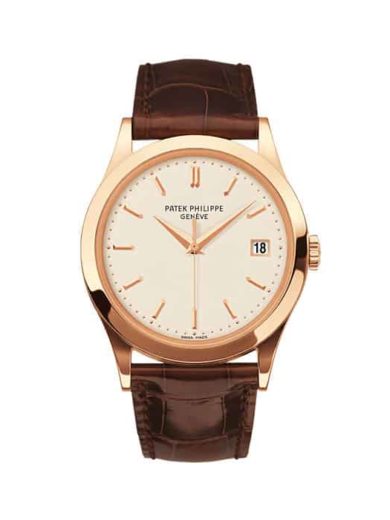 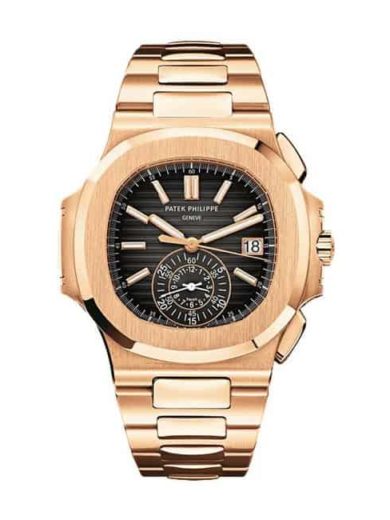 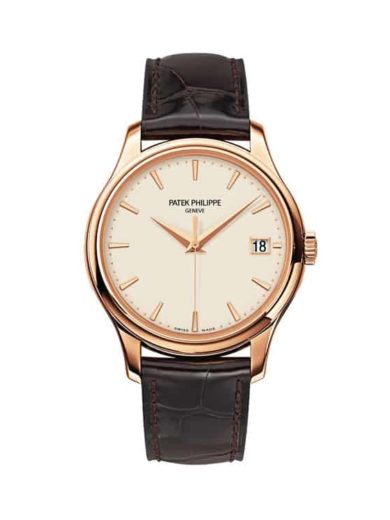 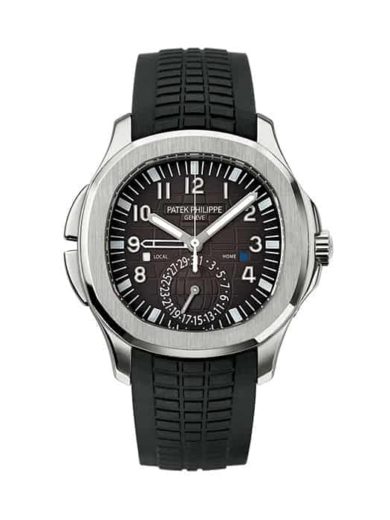 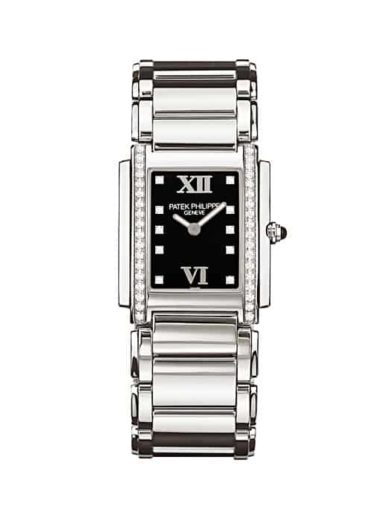 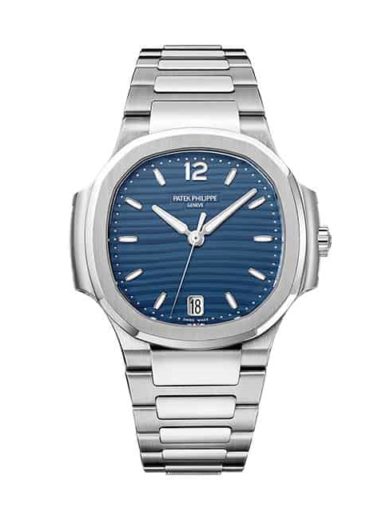 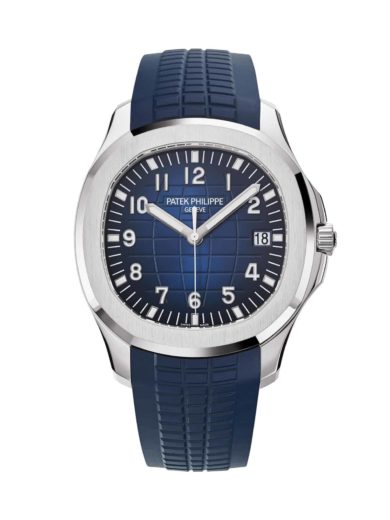