The Alpina Ice Legacy Project has started in the Svalbard Archipelago 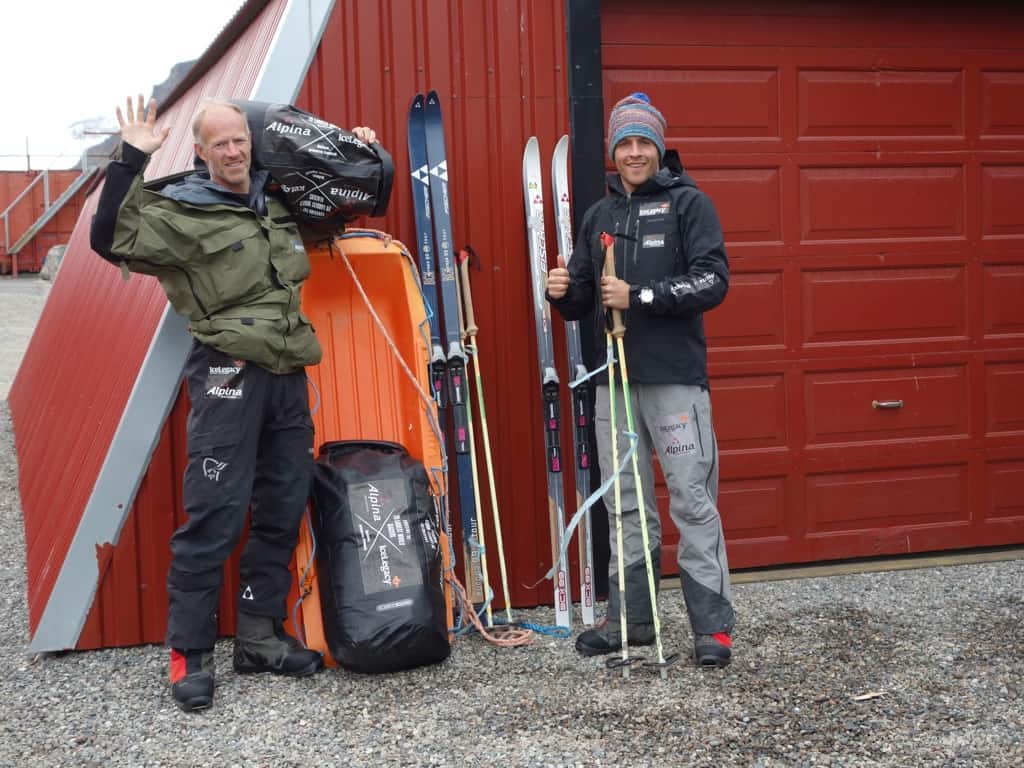 Borge Ousland and Vincent Colliard will start their epic journey – which will bring them to cross the 20 largest glaciers in the world over the next ten years – by crossing the Main Spitsbergen Glacier in the Svalbard Archipelago in Norway beginning of August 2014, the ice legacy project aims to raise public awareness about the importance for mankind of preserving the glaciers and the ancestral ice, and to collect data for the scientific community. By supporting the IceLegacy project by Borge Ousland, the only man to have crossed the North and South poles alone, and Vincent Colliard, young adventurer and Borge Ousland’s partner, Alpina Watches wants promote the protection of the glaciers, an environmental and climate issue that is dire yet little known, yet of enormous importance for the future of our planet. Borge and Vicent will also test their Alpiner 4 watches in extreme and magnetic field conditions during the next glaciers. This will give Alpina information for further technical development of the model.

The project combines athletic prowess, human adventure and the sharing of knowledge about the polar environment with as many people as possible, so that future generations may enjoy the fascinating and priceless legacy of glaciers and icecaps: believe, preserve, transmit.   The Crossing The distance Borge and Vincent will cross on the ice is around 180 km and total duration of the journey is 3 weeks. Borge and Vincent will leave Longyearbyen 2nd of August – capital of Svalbard – and sail for about two days to a place called Verlegenhuken, in the Hinlopen strait. The skiing start point on the north-eastern part of the island is estimated to approx 79°49′ N and 17°50′ E. Here they will go ashore and start the ascent up to the glacier, and cross the main Spitsbergen glacier from North to South. On the way they will attempt to climb the Newton peak, highest mountain on Svalbard. They will exit the glacier around Tempelfjorden at around 78°25’ N and 17°20’ E, and be picked up by boat from here and go back to Longyearbyen.

It will be possible to follow the crossing the expedition day-by-day. .Borge and Vincent will hold a daily expedition journal – map positions, texts, photos – which the public will be able to access on icelegacy.com, alpina-watches.com, Icelegacy ‘s and Alpina’ s Facebook, Twitter and Instagram.   The Glacier The main Spitsbergen glacier, located in the Svalbard archipelago, is one of the highest glaciers in the Arctic Ocean. Located Half way between the North Pole and continental Norway, Svalbard is a Norwegian archipelago in the Arctic Ocean. The group of islands range from 74° to 81° North latitude, and from 10° to 35° East longitude. The largest island is Spitsbergen, followed by Nordaustlandet and Edgeøya. About 60% of the archipelago is covered by ice, it also features many mountains and fjords. Located on the largest Island of the Svalbard archipelago, main Spitsbergen glacier is one the 20 biggest glaciers on the planet. The archipelago features an Arctic climate, although with significantly higher temperatures than other areas at the same latitude. The flora takes advantage of the long period of midnight sun to compensate for the polar night. Svalbard is a breeding ground for many seabirds, and also features polar bears, reindeer, and marine mammals. Polar bears are the iconic symbol of Svalbard. They are marine mammals and dependent on sea ice for food. There are about 3000 polar bears in the Barents Sea region.

About the Legend and the Successor: two extraordinary adventurers

With more than 20 years of record-breaking Arctic and Antarctic expeditions, Norwegian Borge Ousland became the first explorer to complete a solo expedition to the North Pole without resupplying. As a Nansen and Amundsen heir, he was also the first to cross the Antarctic continent alone. Borge is also a renowned photographer and documentary filmmaker who has already received numerous international awards for his films and expeditions.
Vincent Colliard – The Successor

“Vincent Colliard is a young adventurer, energetic and with a strong character, who has the unique ability to forge ahead when anyone else would give up.” Borge Ousland 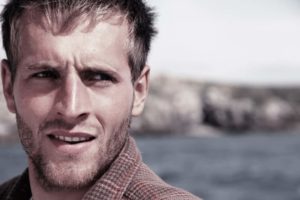 Frenchman Vincent Colliard, 28 years old, is an experienced adventurer, having participated in expeditions across Norway, Patagonia, Alaska and the Himalayas. In 2010, he was a crewmember aboard “Northern Passage” with his mentor Borge Ousland during the historic first expedition/circumnavigation of the Arctic Ocean ever completed in a single season. Once again with his mentor, he completed the first crossing of Nordauslandet glacier in Spitsbergen in 2012.
About Alpina

Alpina, famous for its red triangle signature, is an independent, family-owned luxury watchmaking manufacture based in Geneva, Switzerland. Founded in 1883, Alpina’s watchmaking history spans more than 130 years. A true pioneer of the Swiss fine watchmaking industry, Alpina has been the source of numerous innovations, patents, and calibers. Alpina invented the concept of the sport watch, as we know it today, with the birth of its legendary Alpina 4 in 1938. Faithful to its long tradition of creating mechanical calibers, Alpina manufactures four movements in-house: the Tourbillon Manufacture AL-980, the World Timer AL-718, the Automatic Regulator AL-950 and the Small Date Automatic AL-710. Alpina’s mission is to conceive and create watches that are not just sporty but elegant, that operates with the greatest precision and reliability possible, in the most demanding environments, like the Alps. www.alpina-watches.com http://www.icelegacy.com