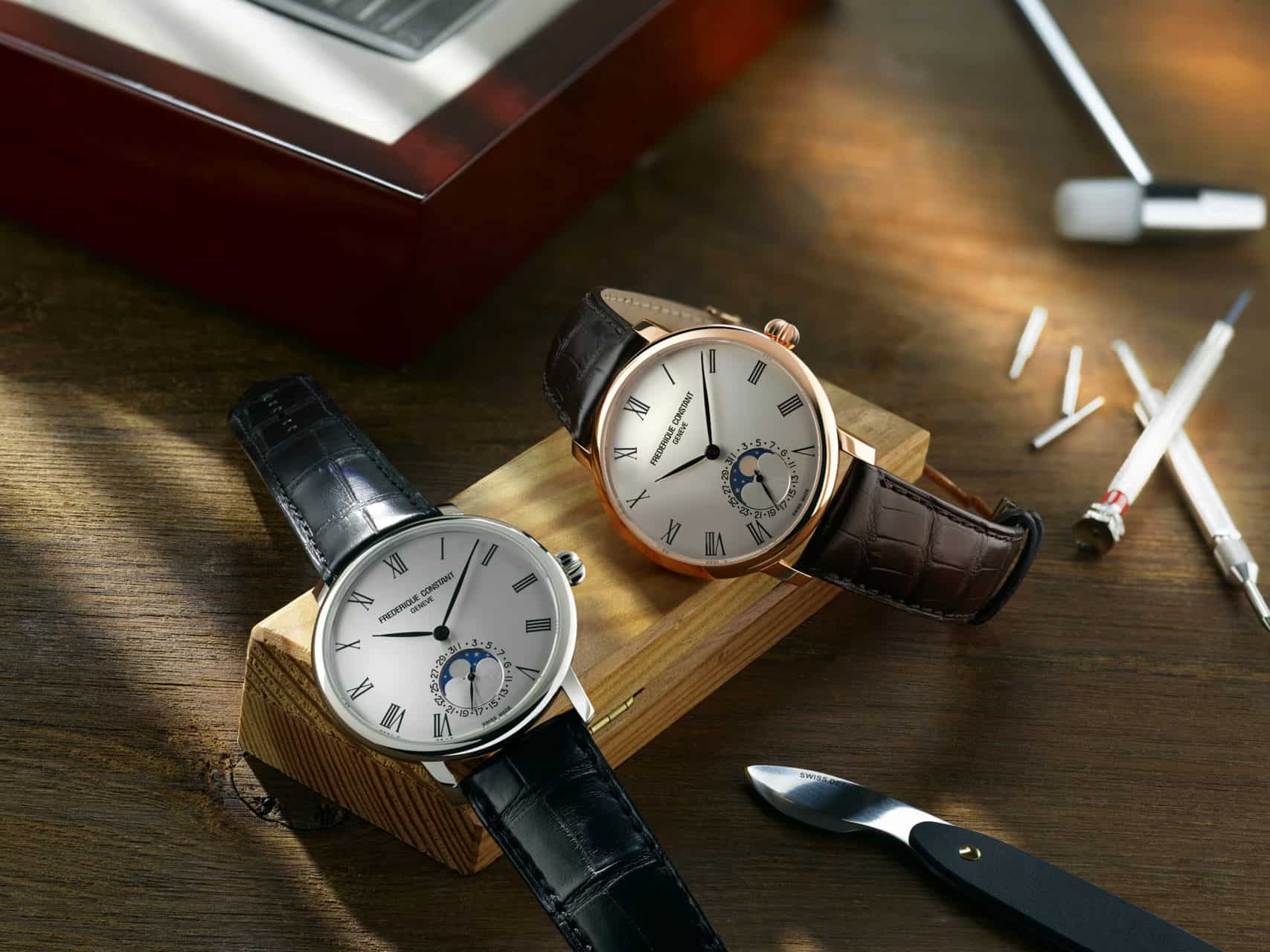 Ancient civilizations were the first to use celestial bodies as a time-telling device. Egyptians first created the Lunar calendar thousands of years ago and it is at the origin of the official “year” as we know it today, that is consisted of 12 months and divided into 29.5 days on average per month. The length of the month was determined by the time between two full moons and its 8 phases, known as a cycle. We have to wait until the 16th century to find the first clock with a moonphase complication, and it is not until the late 19th, early 20th century that it transitioned to pocket watches and then later on to wristwatches. 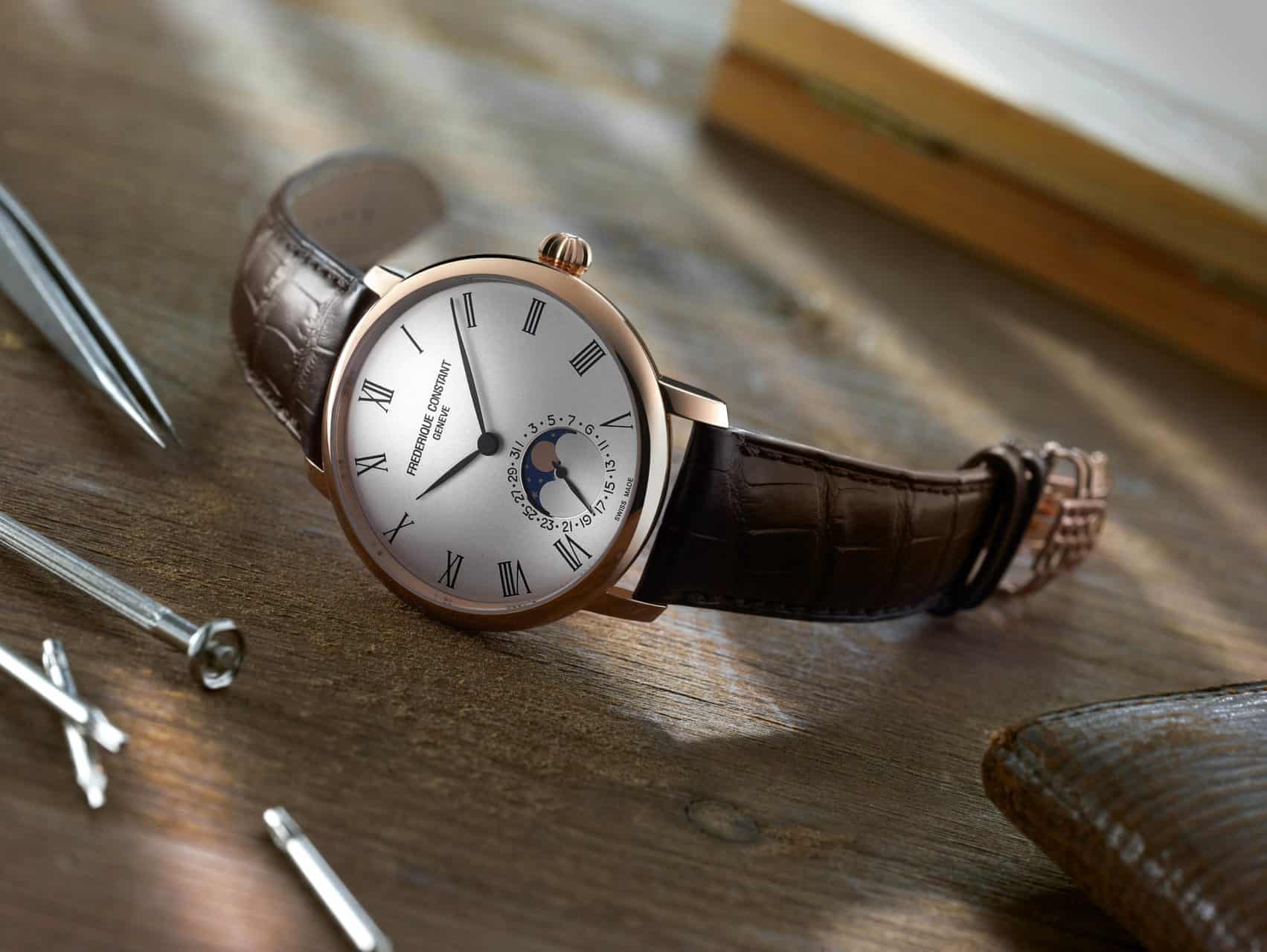 A complication for the curious wanderer

Frederique Constant introduces a new version of its iconic Slimline Moonphase Manufacture; a timepiece that mimics the moon’s transformation through the night’s sky on your wrist. Inspired by previous models, this newest version reveals the same timeless elegance and style, a trademark of the collection.

This new model of the Slimline Moonphase Manufacture is one of the most praised watches of the Manufacture Collection, featuring the FC-705 caliber entirely in-house designed produced and assembled protected within a 42mm case. The dial displays intricate and subtle details such as the beautiful silver-colored dial with sunray decoration, delicate printed black Roman numeral indexes, and elegant hand-polished dauphine hands swivel around the dial. The opening at 6 o’clock features the date but most importantly, the ever so astonishing moonphase complication revealing each stage of the moon’s metamorphosis. 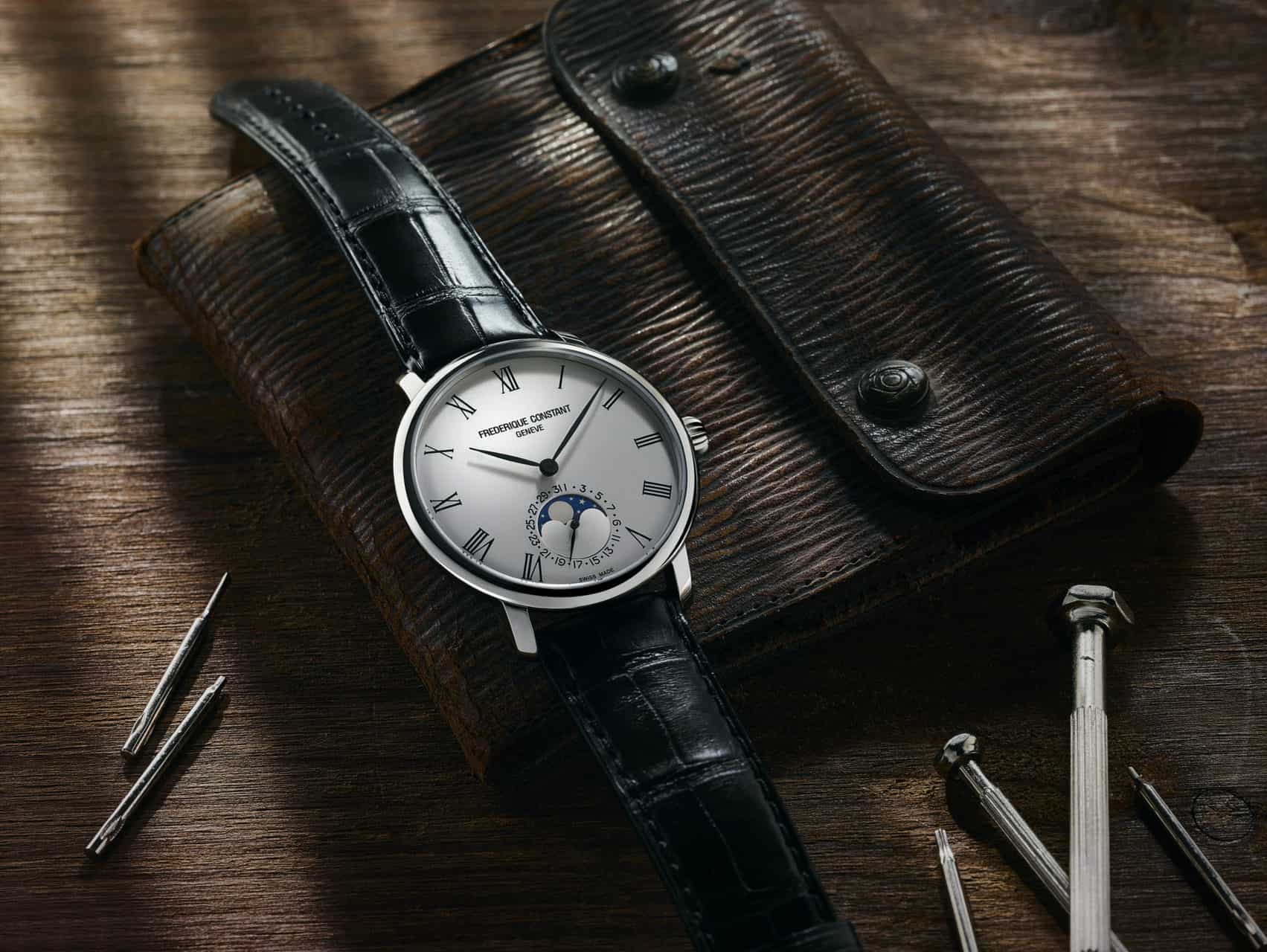 The dark blue disk contrasts with golden-colored stars and a mesmerizing golden moon swaying through the opening as if dancing to its own melody. A golden thread accentuates the rim of the opening standing out from the silver sheen of the dial. The moonphase complication is, as in all Frederique Constant timepieces, of simple use. To set it up, you will need to consult a moonphase calendar and match the phase of the moon to your watch. To do so, simply push the crown once and move it downward to mimic that particular night’s moon phase, afterwards, move the crown upward to set up the date and you are ready to enjoy your Slimline Moonphase Manufacture.

Frederique Constant continues to be faithful to its Manufacture Collection, offering an entirely in-house complication all the while maintaining its strict standards or classicism and elegance.