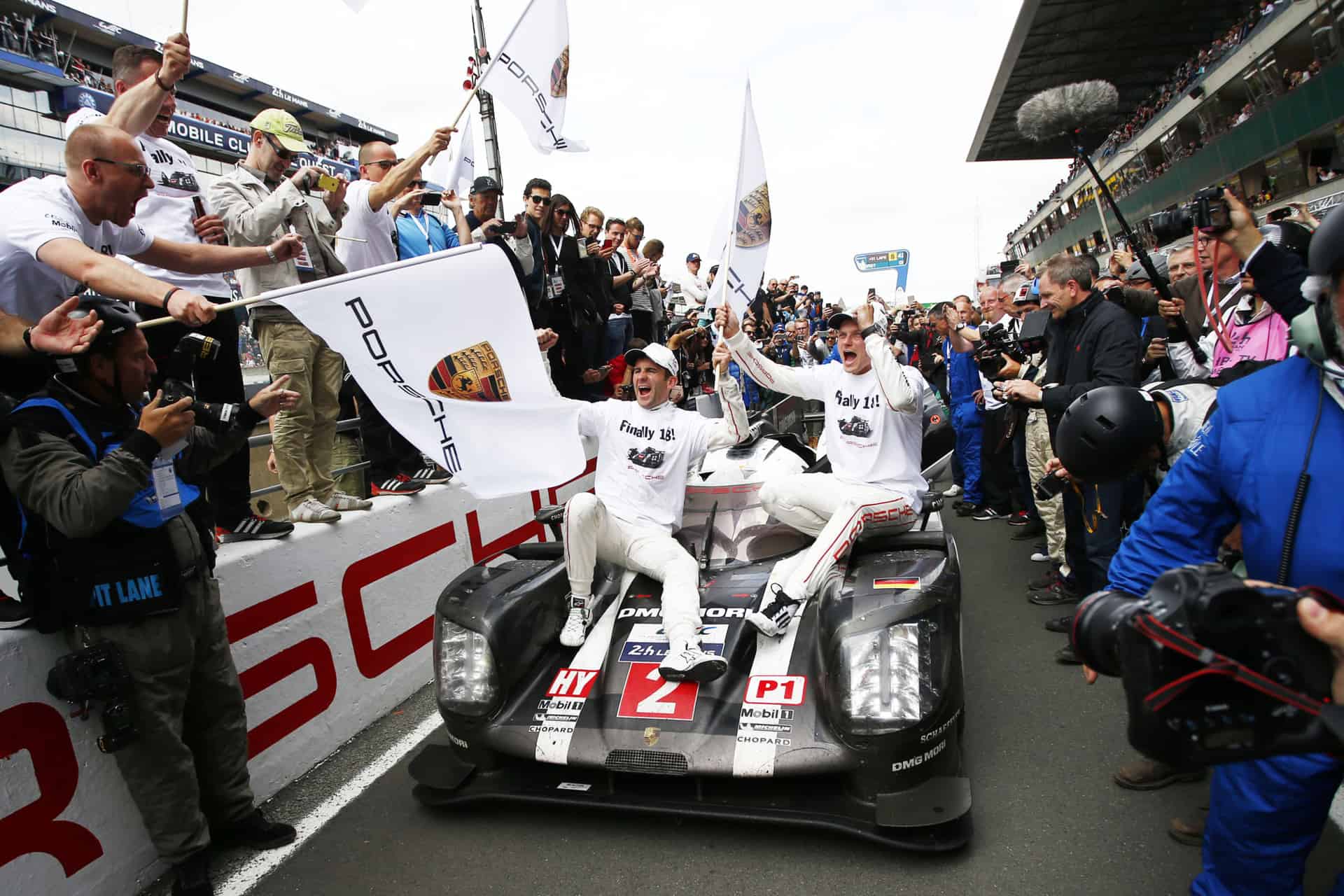 “Official Timing Partner” of Porsche Motorsport since the return of the German team to the WEC championship 2014, Chopard supported again the German team for the 24 Hours of Le Mans 2016. Legendary teams and an equally fabled circuit made this event another milestone in the history of motor-racing. On June 18th and 19th, Porsche was fighting for its 18th victory in the 24 Hours of Le Mans after an extraordinary first and second-spot triumph in 2015. This year, Porsche reaffirmed its historic supremacy in motorsport and endurance racing. The cars crossed the finish line on the first and on the thirteenth position, sealing an outstanding victory for the team after a technical defection of Toyota’s car on the way to victory. Building on its close ties with Porsche Motorsport, Chopard presents the Superfast Chrono Porsche 919 Black Edition chronograph, produced in a 100-piece limited serie and inspired by the new Porsche 919 Hybrid 2016. 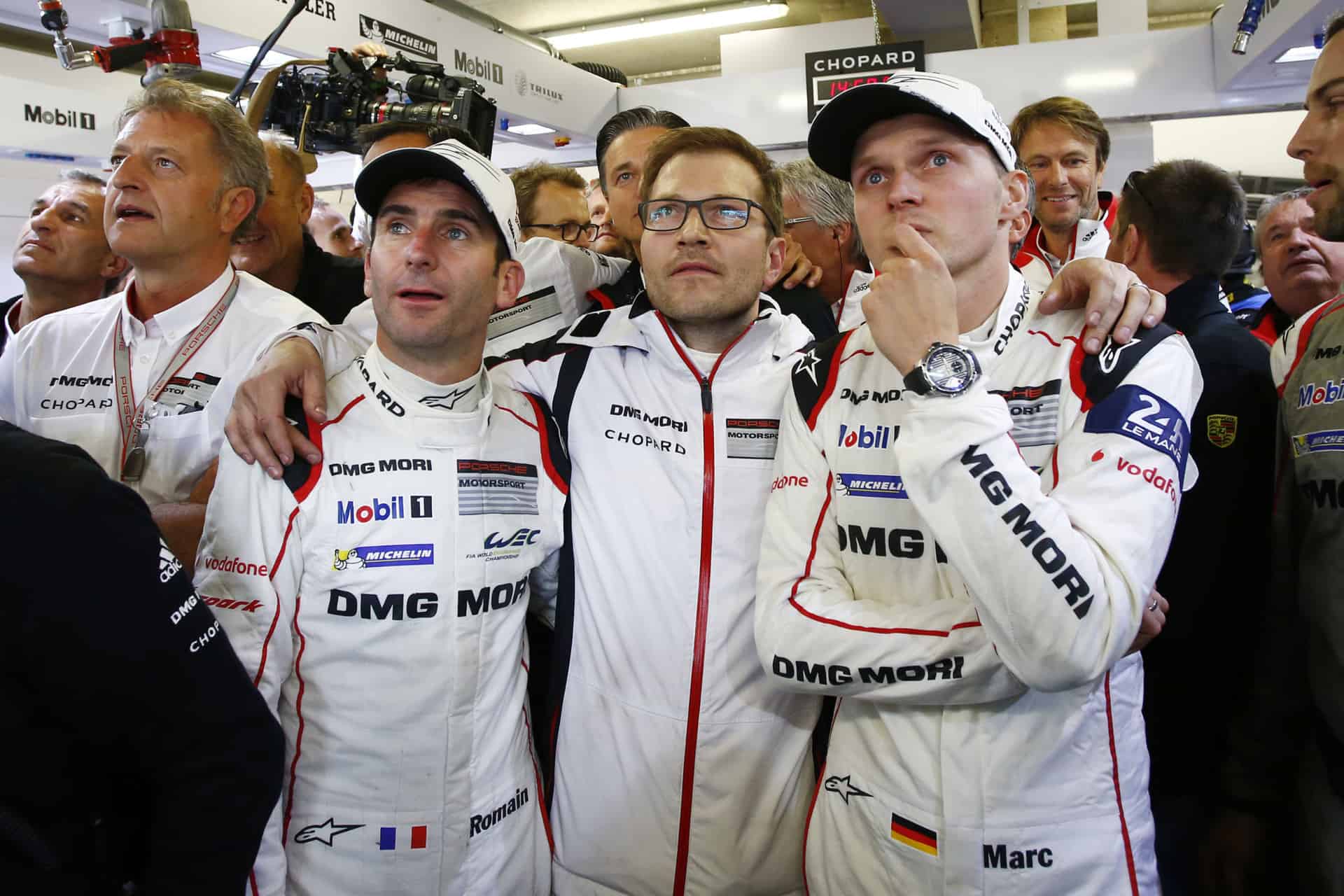 The 24 Hours of Le Mans is the world’s oldest endurance sports car race, held annually since 1923 near the town of Le Mans, France. It is one of the most prestigious automobile races and is often called the “Grand Prix of Endurance and Efficiency”. Amongst racing drivers it is considered to be one of the most challenging races to win during the season.

Racing teams have to balance speed with the cars’ ability to perform during 24 hours without mechanical damage or failure. The cars’ consumables, primarily fuel and tyres are constantly monitored and managed. Pit stops need to be strategically planned and current regulations mandate that three drivers share each competing vehicle. Drivers frequently race for over three hours at a time with maximum speeds up to 340 km/h all through the night – a record set by Mark Webber in 2015. 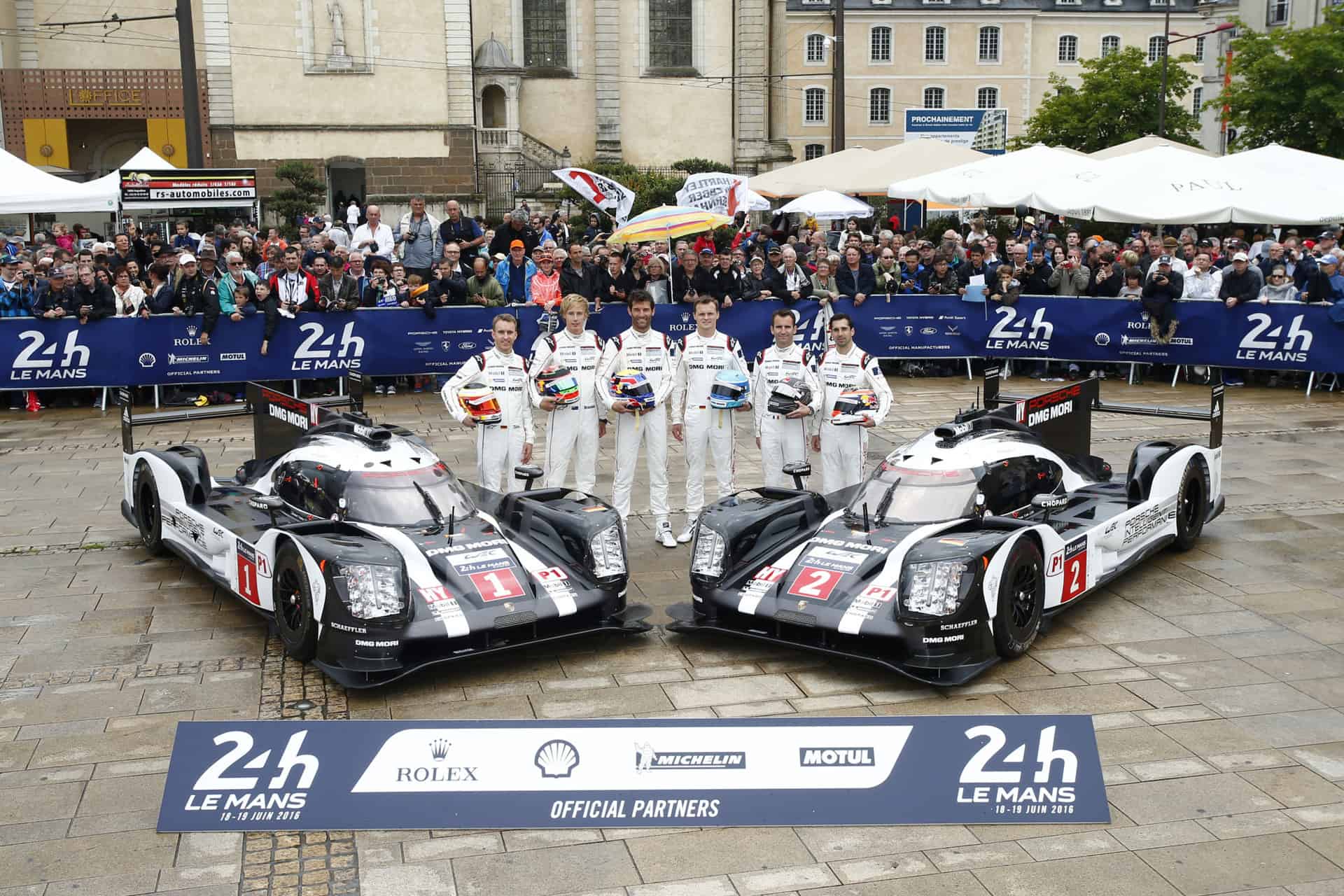 In the 84th edition of Le Mans, Porsche sealed an historic 18th victory. The German manufacturer finished first and thirteenth in front of thousands of passionnate spectators. Drivers Romain Dumas, Neel Jani and Marc Lieb won the coveted trophy in their innovative Porsche 919 Hybrid. Mark Webber, Timo Bernhard, Brendon Hartley in the sister car came home on 14th position after a water pump problem and a significant loss of time to replace it during the night.

No other manufacturer than Porsche has managed to win the world’s toughest endurance race so many times (18 times) and is so closely connected to the myth of Le Mans.
Chopard is extremely proud to be a partner of the Porsche Motorsport team!

On this occasion, Mr. Karl-Friedrich Scheufele, Co-President of Chopard said: “As a Porsche enthusiast I am totally thrilled about this final unexpected victory achieved by our outstanding partner team: Porsche Motorsport! We are very proud to contribute to pilots’ performance and run after time using their Superfast watches.” 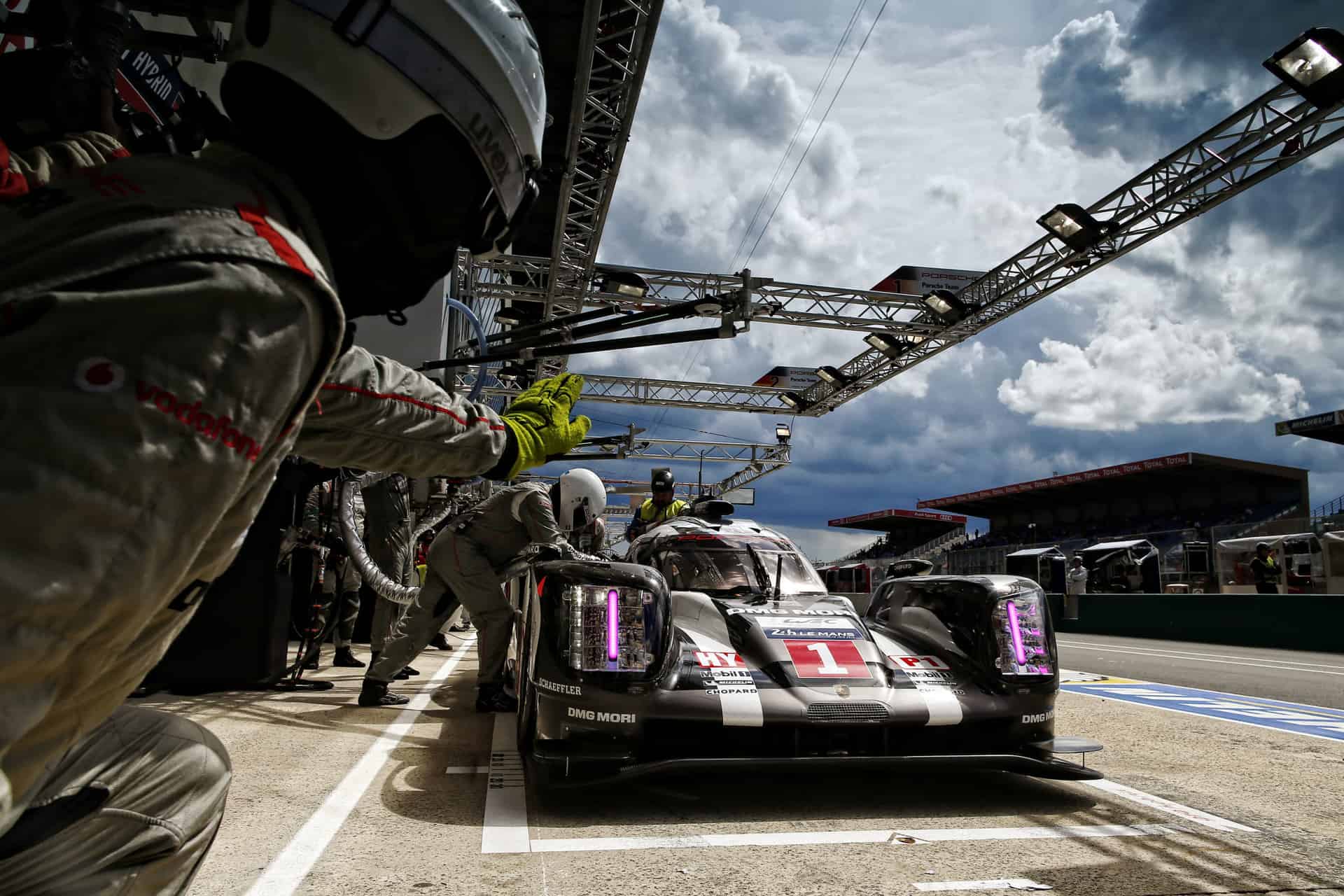 For the third year in a row, Chopard is the Official Timing Partner of Porsche Motorsport. Perfectly in line with the spirit of the Superfast watch collection, this prestigious partnership is an extension of Chopard’s longstanding commitment to automotive sports. In 2014, Chopard became “Official Timing Partner” of Porsche Motorsport for the German racing team’s grand comeback to endurance competition. That same year, in honour of this exclusive partnership, Chopard launched a Superfast chronograph inspired by the Porsche 919 Hybrid competing in the World Endurance Championship LMP1 category. 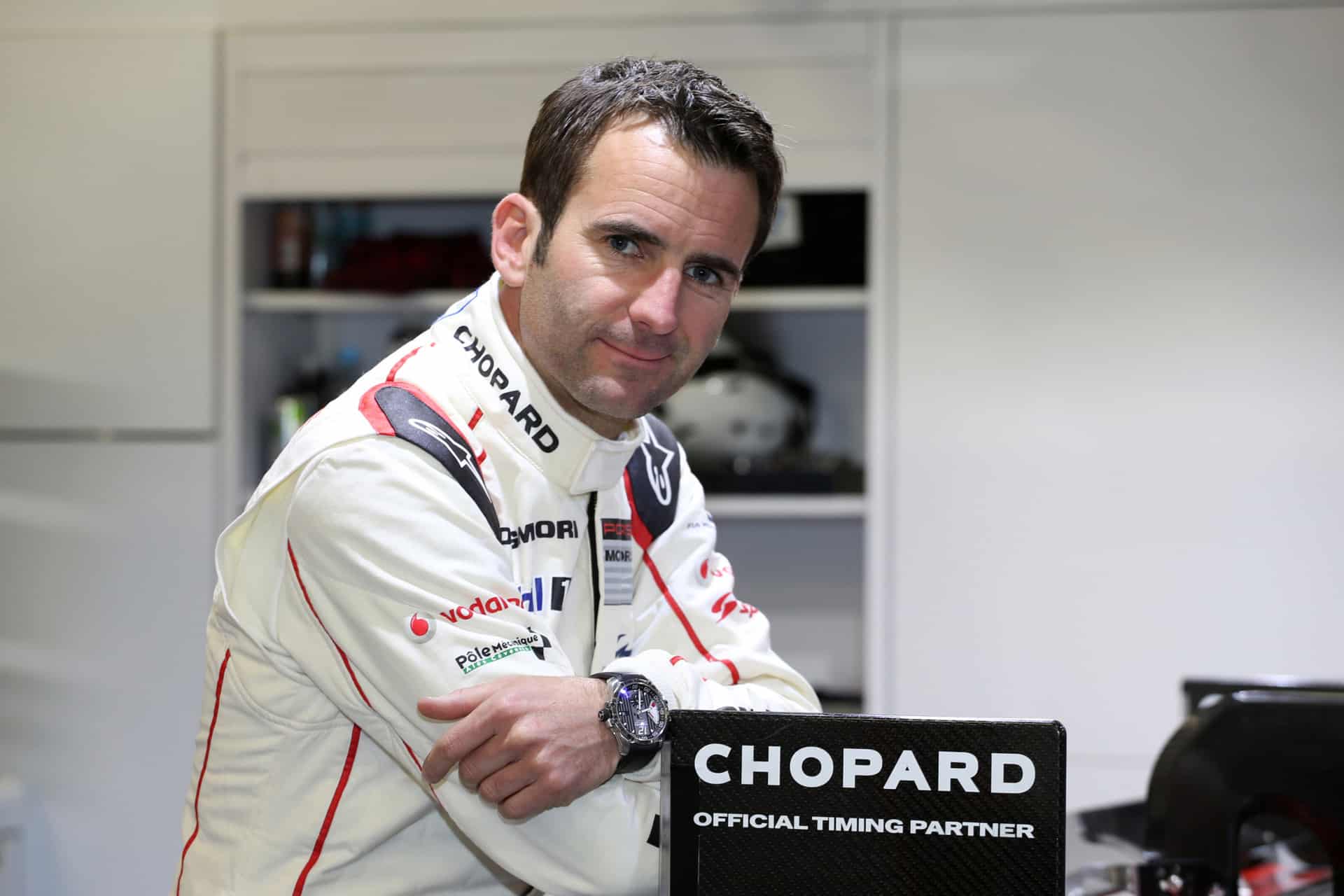 This year, Chopard unveiled a new watch, the Superfast Chrono Porsche 919 Black Edition, a 100-piece limited serie. Exclusively available in Chopard boutiques, this model proudly flies high the banner of the new Porsche prototype by picking up its aesthetic codes. Witness the imposing 45 mm-diameter case made in titanium – an ultra-light material much favoured in the world of endurance racing – that is bead-blasted, blackened by a DLC (Diamond-Like Carbon) treatment ensuring an extremely scratch-resistant coating, and water-resistant to 100 metres. Like a racing car equipped with the finest mechanism, the case of the Superfast Chrono Porsche 919 Black Edition with its sleek, sporty lines houses a ‘motor’ built for competition: Chopard Calibre 03.05M. Designed like an authentic engine, entirely produced and assembled in Chopard’s Fleurier Ebauches workshops, this mechanical self-winding chronograph movement delivers a substantial 60-hour power reserve and features a flyback function.

The FIA World Endurance Championship will continue on July 24th 2016 on the Nürburgring, the famous racetrack in Germany.