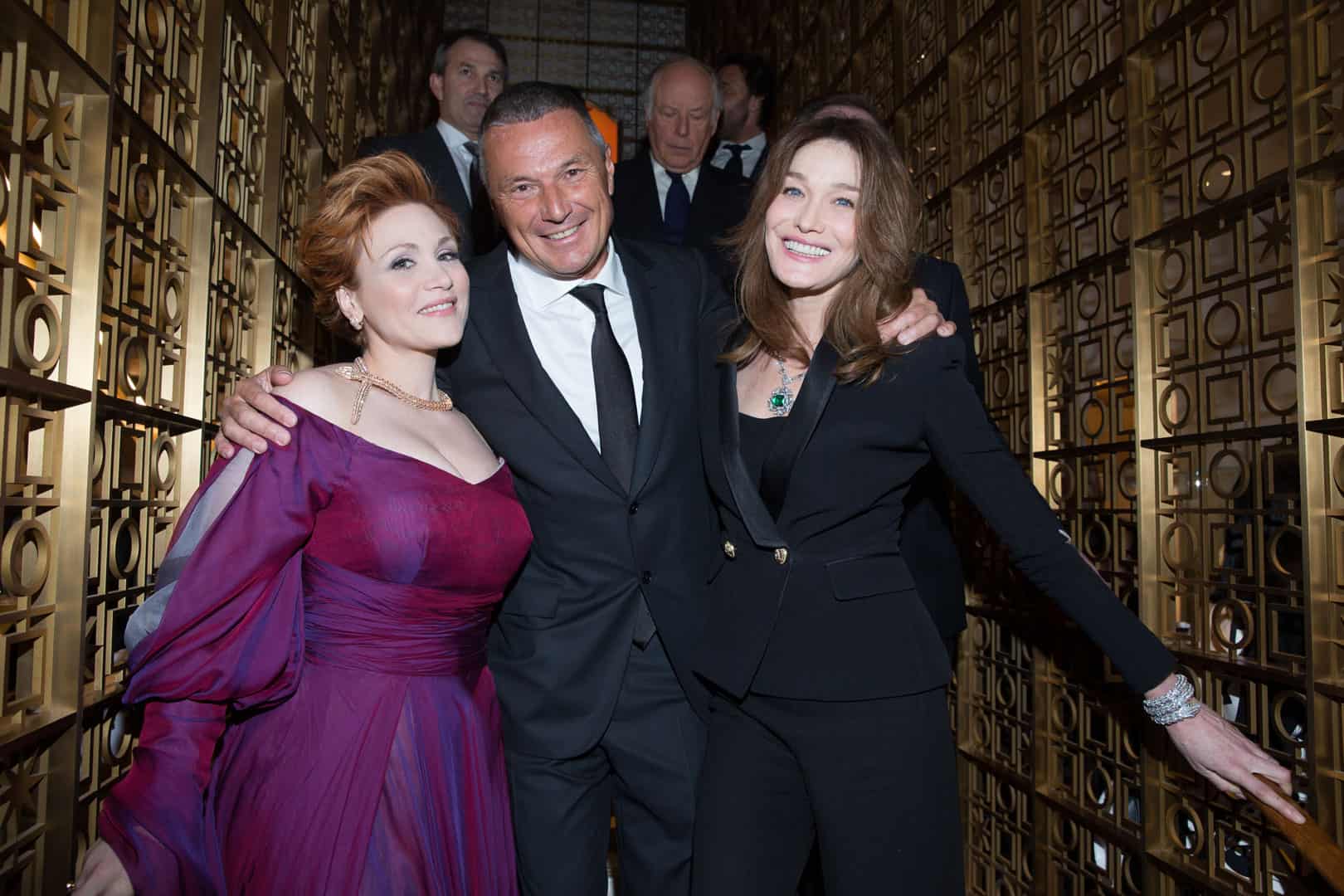 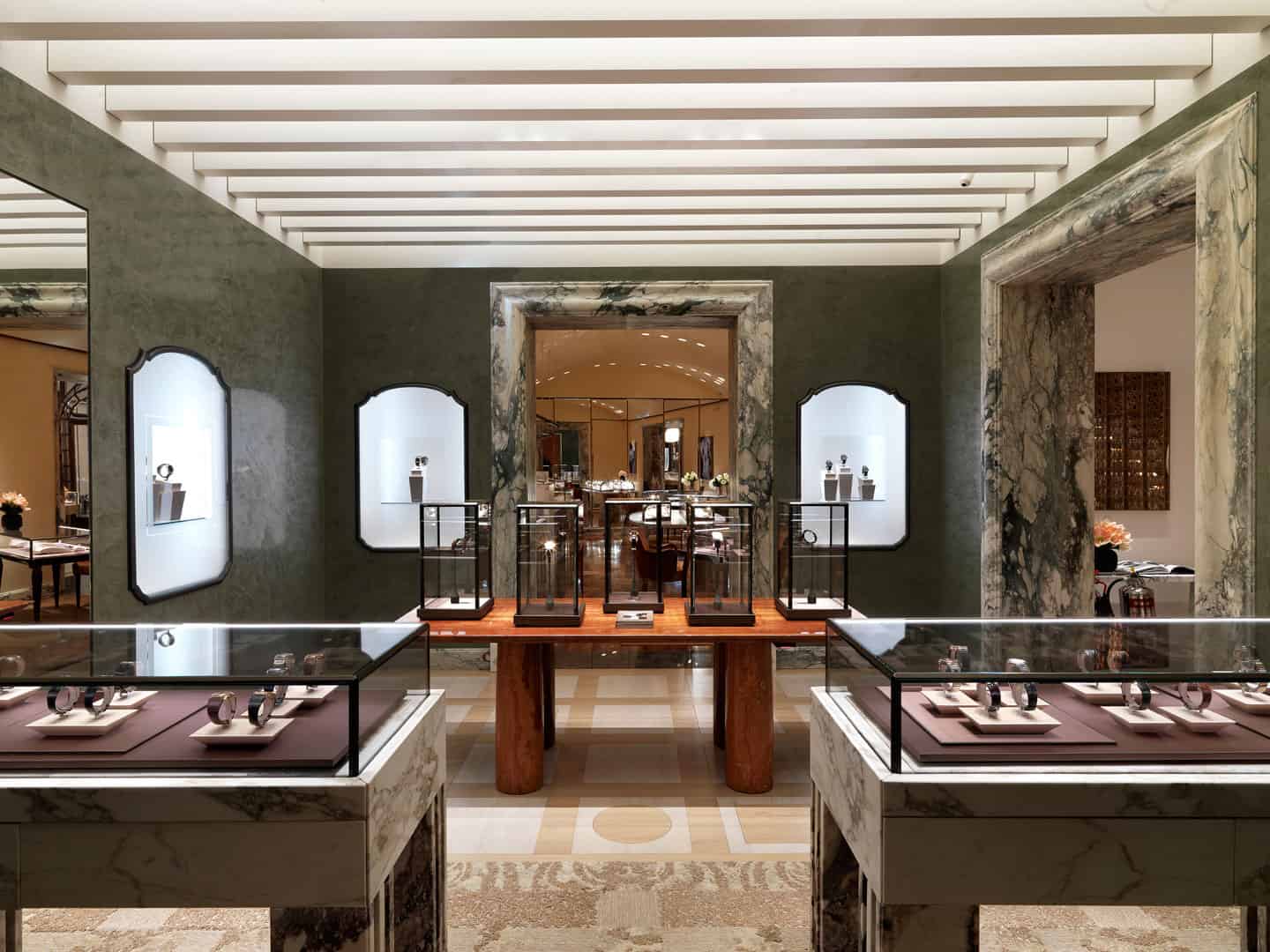 The invitation-only, Italian glamour-inspired soiree began with red-carpet arrivals gathering outside, and treated to illuminated projections of Roman icons on the storefront: a luminescent introduction to the feel of Rome, in London. After a short ribbon-cutting ceremony, the new store design was revealed to the invitees with a champagne reception inside its doors. Italian opera star soprano Carmen Giannattasio appeared like a vision, and walked to the stage to sing Giacomo Puccini’s “O Mio Babbino Caro” with live piano accompaniment by Angelo Villani. Next, they were amazed by an analogous magic show by the talented David Jarre, to set the magical mood. Delighting in Italian-inspired canapés and cocktail creations created by the legendary Bulgari Hotel, London head bartender Tomasz Staron, guests partied the night away to the fresh music of DJ Hen Yanni, and enjoyed the Italian glamour that coloured the evening with glitz. Bulgari ambassadors Carla Bruni and Princess Lilly Zu Sayn Wittgenstein Berleburg, who also wore spectacular high jewellery from the Giardini Italiani collection, prevailed over the party like queens of the night, whilst ambassador Luke Evans in an exquisite Octo watch caught their eyes from the dancefloor. 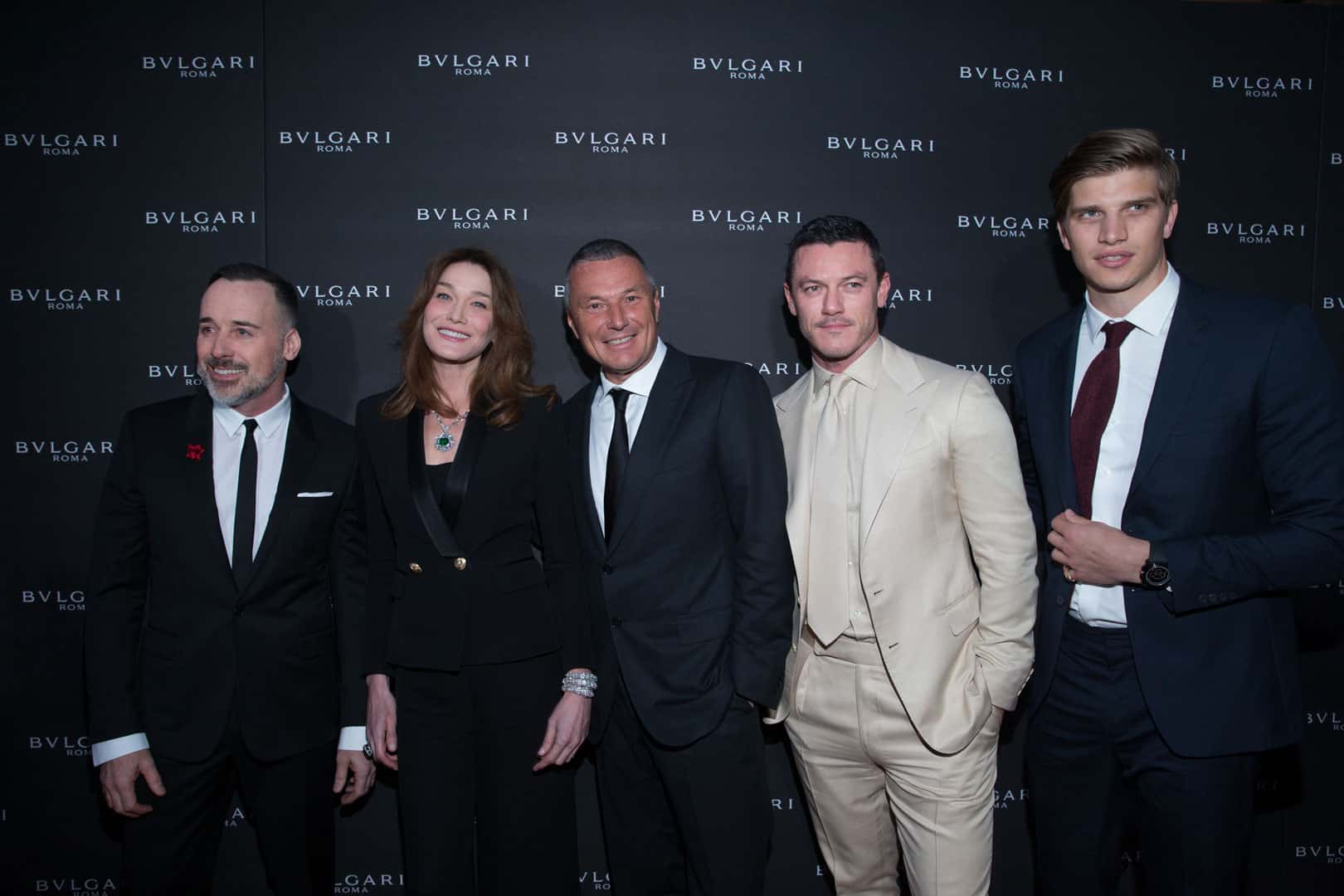 Meanwhile, guests marvelled at the renovated environs of the boutique, as Peter Marino’s masterful creation has incorporated Roman marble-inspired designs onto the high-profile shopping locale, to interplay between old and new, between ancient tradition and contemporary design. The celebrated architect has been entrusted with London boutique’s transformation on the heels of the Roman flagship he completed in 2014, for the event of Bulgari’s 130th anniversary.

This latest renovation has already been heralded as a raving success, as Marino’s innovative approach to design has been able to flawlessly capture the bold Roman spirit of the Maison.

“Peter Marino’s masterful creation has incorporated Roman marble-inspired designs onto this high-profile shopping locale. His unparalleled understanding of Bulgari, how to interplay between old and new, between ancient tradition and contemporary design make this new London destination a true masterpiece”

Bulgari had once again challenged the architect with a listed historical building (placed on the Statutory List of Buildings of Special Architectural or Historic Interest), but undeterred, Marino delivered a masterpiece of a redesign that resounds with the soul of Rome. Drawing on Bulgari’s Mediterranean origins, Marino’s renovation emphasised Italian classicism while respectfully interpreting it within regal English architecture. With touches such as the iconic Condotti eight-pointed star resounding in marble on the entryway, he echoed the history of the Pantheon in Rome while mirroring the legendary spirit of the brand. Marino’s genius was to create a reproduction of the historical entrance of the Roman flagship from the 1930s, to symbolically move the iconic Via dei Condotti door – the door that started it all – to London.

Bulgari, master of gemstones, finds endless inspiration in its homeland’s rich history, expressing its tireless creativity with a colourful Italian soul. Reinterpreting the majestic symbols of the Eternal City into exquisite editions of jewellery, watches, accessories and perfumes, its bold yet elegant spirit is guarded in the New Bond Street flagship, as it brings Italy to London.